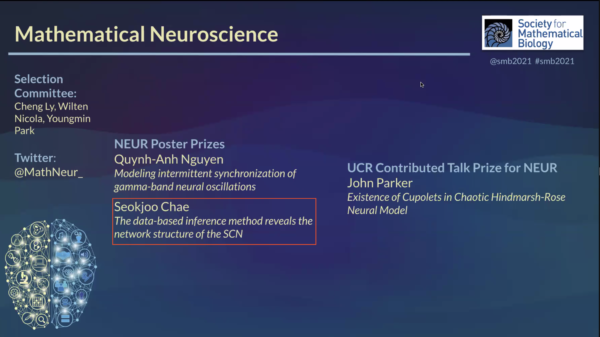 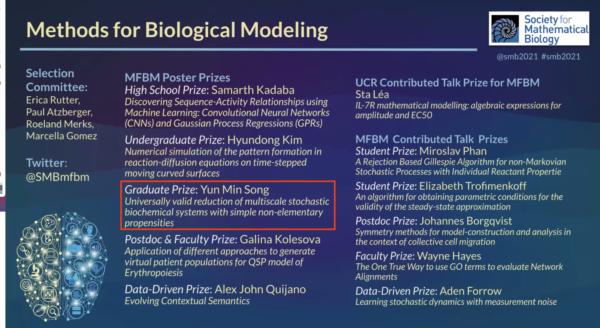 Professor Jaekyoung Kim and his students participated in the conference, and some of his doctoral students have won awards for their research.

Seokjoo Chae (admitted Class of 2017) received the NEUR Poster Prizes for his paper titled “The data-based inference method reveals the network structure of the SCN.”

The SMB Annual Meeting 2021 was the largest, most comprehensive conference in mathematical biology, and this year’s virtual meeting was held under the theme of “Mathematical Biology on Translational Science & Promotion of Diversity, Equity, and Inclusion.”

The meeting was held for five days, 24 hours a day to accommodate participants in different time zones around the world.